Fantastic Movies and Why to Watch Them 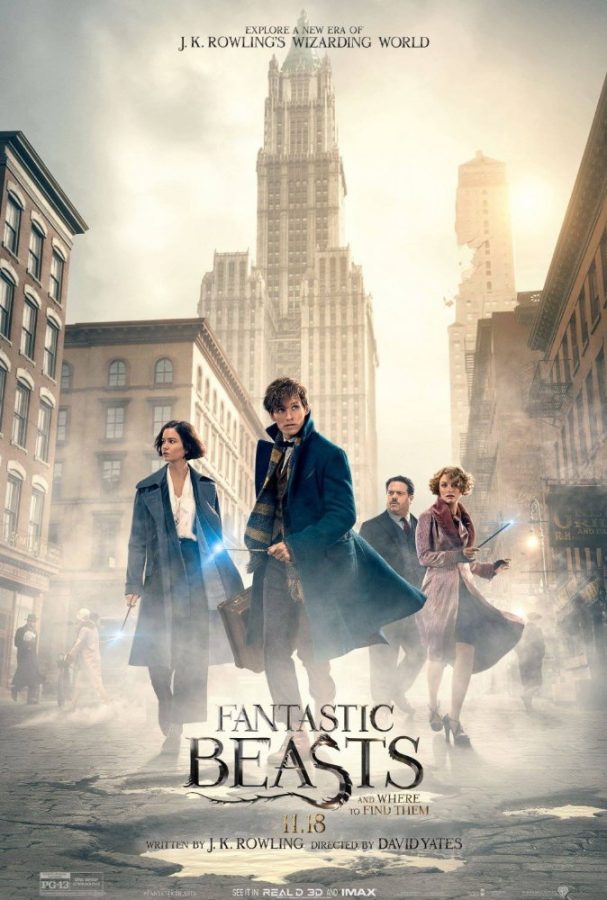 The film started with the Warner Brothers logo and the iconic Hedwig theme song. I got chills. Bringing the well known intro into the movie was a great touch. However, some of the greatest things about the movie were the parts that were not similar to the Harry Potter series. The film is unlike the rest of the Harry Potter franchise: it is not based on a story in a novel. There was nothing to compare the movie to. Fans could not complain about a scene from the books being missing or changed. Everyone went in without unreasonable expectations.

Jacob Kowalski was by far my favorite character. The no-maj (the American word for muggle) provided comic relief and was an overall lovable character. His development as the movie progressed was delightful to watch. Because he is not a wizard, it is easy to connect with this character and his wonderment of the wizarding world. Also, the casting of Eddie Redmayne as Newt was brilliant. He brought a wonderful and quirky lovableness to the character. His acting was wonderful throughout the entire film, and his emotional deliveries really sold his performance, which isn’t surprising for an Academy Award winner. Another aspect of the film that has fans excited is that the main character, Newt Scamander, is a Hufflepuff. The forgotten house was finally brought into the limelight, which shows that students at Hogwarts do not always have to conform to their house stereotypes.

While the movie is nearly flawless, there are some things I disliked–these grievances are very minor and don’t take away from the majesty of the film. In the movie there is a character called Gnarlak, a goblin that runs an underground bar. I would have liked it if he was not made as much from CGI. His special effects took away slightly from the scene, and I was distracted by the stark difference between him and the other characters. Everyone around him was a real person and he seemed too cartoonish for me.

Another complaint I have is the casting of Johnny Depp as Gellert Grindelwald. It feels as if the film used him as a name drop to boost views. A franchise like this, however, does not need a name drop to sell tickets. He is only in two scenes, one in which his face wasn’t even shown. I felt as though he was too old for the role. It also didn’t seem right to cast an American actor for the European character. JKR was adamant about making sure all of her British characters were played by British actors in the original series. Depp was involved in a domestic abuse scandal recently, so adding his image to the film may not have been the best call. Overall, I feel like he was not right for that character.

With action, comedy, romance, magic and mystery, Fantastic Beasts and Where to Find Them has left fans wondering, what’s in store for the next films? For any Harry Potter fan, this movie is a must see.