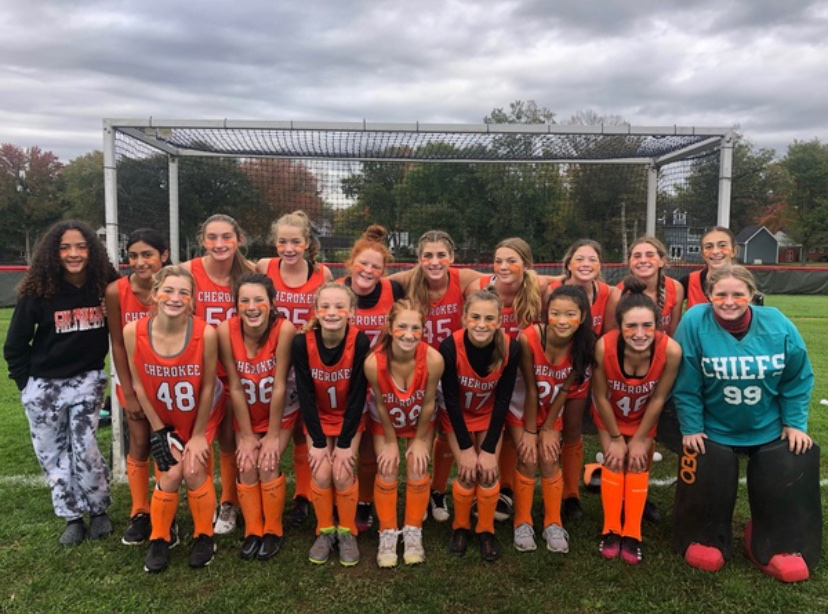 Cherokee sports quite frequently show lots of success, but some teams don’t get the recognition or appreciation that they deserve. For this year’s Freshman Field Hockey Team, this is exactly what happened.

Through their thirteen games, they managed only two ties and a loss, leaving them with an incredible ten wins. According to a few of their players, it couldn’t have been done without the “family-like” bond that they formed throughout the season.

“The bond between our team is amazing. We all get along so well and we all love each other. Playing with everyone on our team is so enjoyable; every moment with them.” Abby Peyreferry said.

She wasn’t the only one who was able to find community in this group of girls. Gia Goldman was another who felt that she got more from the team than just field hockey skills. “I knew that if I ever needed anything I always had a bunch of people I could talk to and who had my back with anything. I couldn’t have gotten a better team, it’s unlike anything I’ve ever been a part of.”

It can be said that these girls will have a very close bond forever. After talking with them, it’s clear that their coach, Mrs. Ormsby, played a big role in this season. “Ormsby makes girls want to play for her. She challenges us all the time but also makes it fun. Playing for her has made me remember why I fell in love with the game as a little kid.” said Victoria Geissler.

Kelly Walters also has only positive words for their coach. “She’s taught me almost everything I know about the game and I could go on, and on about how thankful I am for her and the things she’s done for our team.”

“A high for me was the feeling when everyone would run to me in goal after a win and we would all just cheer together and be happy.” said the team’s goalie, Grace Fesco.

The forever friendships created this season will always be a memorable part for the whole team. Their success is rooted in this amazing bond that will continue to grow through their next three years here at Cherokee and on the field hockey team.