Celebrating 10 Years of Pizzamas with the Green Brothers 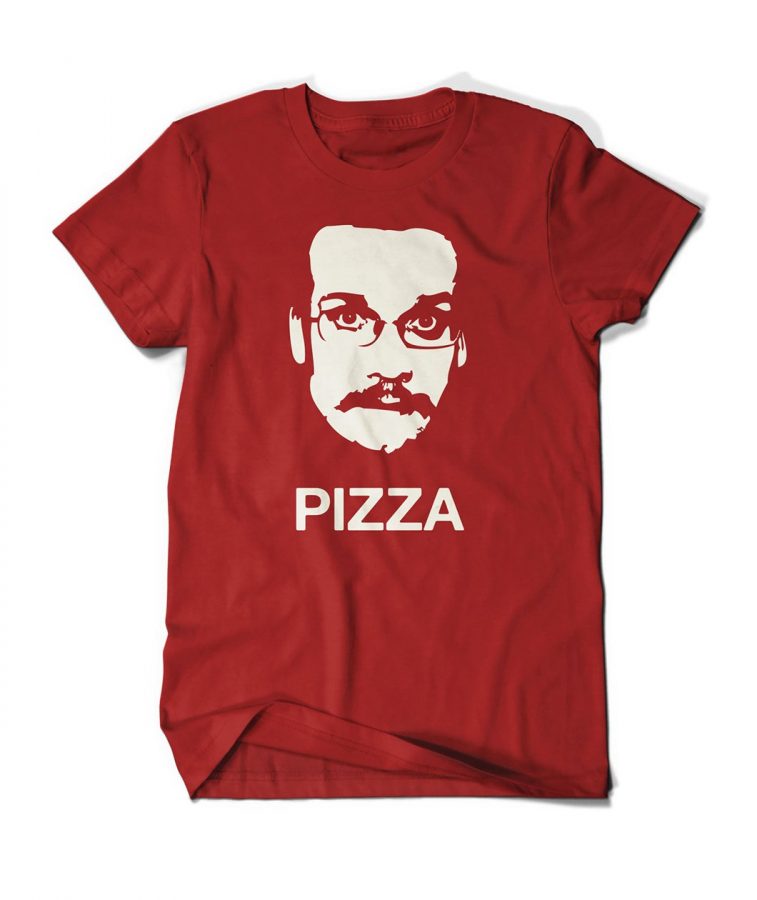 John and Hank Green have been creating projects through the internet since 2007, but one of their most interesting projects is called Pizzamas.

Back in 2011, John was filming a YouTube video while shaving, and for a couple of seconds, John was left with only a Mustache. During this moment, one of his fans (known as Nerdfighters) screenshotted John with a mustache, edited it to have contrast, and added the word Pizza to it. At that time, it was very popular in the community to take screenshots of John eating food, so the two screenshots were combined to create what is now known as Pizza John.

When John saw Pizza John for the first time, he mentioned that he wanted it on a shirt, so Hank and John made shirts with Pizza John. These shirts became a symbol for their community, and the next year they decided to create limited-edition versions of the original design. Every year they hired artists to create more designs, and one year they started making YouTube videos every day for the time the new designs were on sale.

Why is Pizzamas important? Not only does Pizzmas strengthen the online and in-person Nerdfighter community, it mainly raises money for charity. All of the proceeds after taxes and salaries are donated to the Foundation to Decrease World Suck, which donates its money to whatever charities Nerdfighters want that year. Last year Pizzamas raised $60,000 to Covid-19 relief funds and to Partners in Health, which worked to reduce child mortality in Sierra Leone.

Pizzamas is a fun thing to participate in and a wonderful way to raise money for important charities doing incredible work. Even though Pizzamas is over, you can buy the original Pizzamas design at DFTBA.com or here. You can also participate in the 2022 Project For Awesome, which is also run by the Green brothers, for which all the proceeds go to Decrease World Suck.