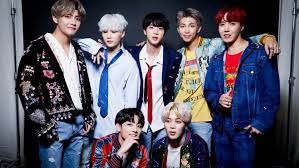 During the spring of 2021, I tracked the top 10 songs on the Billboard Hot 100 week by week, as well as giving a short blurb about each artist that performs the songs. I will be returning to the regular format in a couple of weeks, but I decided to dedicate this week to all the songs that I have not tracked. It has been 5 months since I last tracked the Hot 100, meaning that most of the songs in the top 10 back in the spring have been replaced by newer and more trendy songs. Many songs have entered the top 10 within the last 5 months, so I will only be tracking the top 10 songs that have peaked the highest during the summer:

“Butter,” by BTS and Megan Thee Stallion is arguably the most successful song of the summer. It lasted a whopping 10 weeks at the number 1 position, of which 7 of them were consecutive weeks. For the entirety of June and July, BTS ruled the Billboard Hot 100, which set the bar high for any competitors, as well as themselves in the future. BTS is a South Korean Boy Band that had their first song, “Fake Love,” reach the top 10 in 2018. Their success only grew from there, with their first number one song being “Dynamite,” which peaked last fall. “Butter” is BTS’s 4th song to reach number one in the US, as well as their 9th song to reach the top 10. It is also Megan Thee Stallion’s 3rd number one song in the US, as well as her 4th top 10 song.

“Stay,” by The Kid Laroi and Justin Bieber, was almost as successful as “Butter,” which stayed at the number one spot for 7 weeks. The Kid Laroi released “Stay” on July 9th, 2021, and remains relevant to this day (currently charting at number 2). This accomplishment is admirable because The Kid Laroi is only 18 years old! He gained fame this year with his song “Without You,” peaking at number 8. This is his first number one song in the US, as well as his second to peak in the top 10. It is Justin Bieber’s 8th number one song, as well as his 26th to peak in the top 10.

“Bad Habits” by Ed Sheeran is relatively new compared to some of the other songs on this list. It debuted on the Billboard Hot 100 on July 10th, 2021. Sheeran is also no stranger to success. He had had Hot 100 hits dating back to 2011. Some of his most popular songs include: “Shape of You,” “Castle on the Hill,” “Thinking out Loud” and “The A Team.” “Shape of You” has become his most successful song, staying at number one for 12 weeks back in 2017. “Bad Habits” is Sheeran’s 8th song to peak in the top ten in the US.

“Levitating” by Dua Lipa has become her biggest hit to date, which rose all the way to the number two spot, as well as only leaving the top ten twice since the beginning of the year. Dua Lipa first became popular in the US with her breakout hit, “New Rules,” rising to number 6 on the Hot 100 back in 2017. She has released other top 20 hits, such as “Don’t Start Now” and “Break My Heart” in 2020. “Levitating” is Dua Lipa’s 3rd song to peak in the top ten in the US.