“Loki” Is Coming Out To a Screen Near You 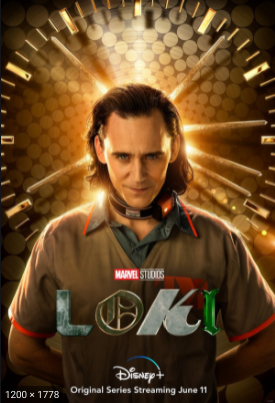 The Disney+ series “Loki” is coming out on June 9 with a new episode coming out every Thursday. This is the MCU’s third Disney+ series, and will be following Tom Hiddleston’s character Loki in 2012 after he messes up the timeline in “Avengers: Endgame.” With only a few weeks left before the series will be released, let’s look at what we know about “Loki” so far.

During “Avengers: Endgame,” the avengers go into different timelines to get the infinity stones to bring everyone who died in “Avengers: Infinity War” back to life. When they go back to 2012, Scott Lang, Tony Stark and Steve Rogers mess up, and Loki ends up with the Tesseract (one of the six infinity stones). Their actions will likely affect the people living in that timeline negatively because at this point Loki is ready to destroy all of Earth using the Tesseract.

From the trailers, it seems like Loki using the tesseract and messing with the timelines of the multiverse makes him end up in Time Variance Authority (TVA). TVA is similar to a prison. It holds people that mess with reality and time. It seems as if Loki is going to be recruited by a man that works for the TVA to fix the reality that he messed up when taking the Tesseract.

The character of Loki has been known in the MCU as being a character with a lot of fake deaths. He has “died” on screen 3 times with his last one being in “Avengers: Infinity War.” We do not know if this series will bring Loki back to life in the main timeline of the MCU, but many fans believe that Loki is actually dead and will not come back. I guess we will not know for sure until Loki comes out on June 9.