The Trial of Derek Chauvin 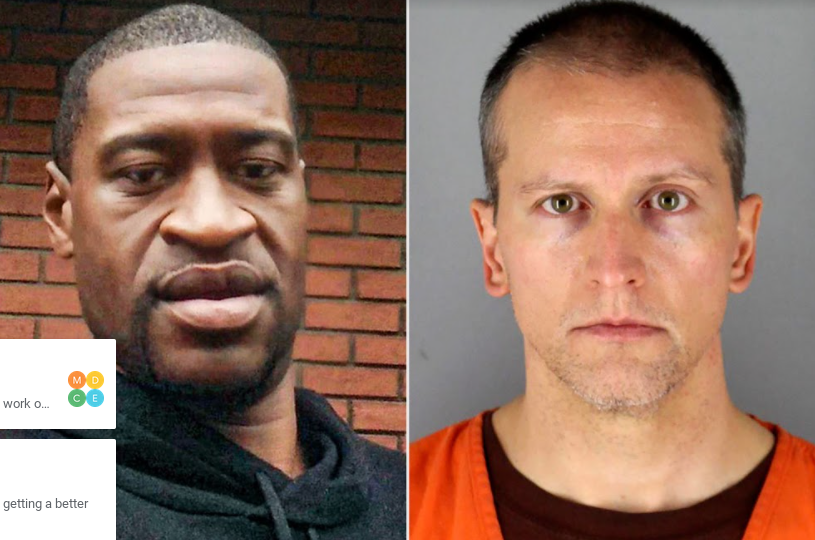 In May of 2020, Derek Chauvin killed George Floyd by kneeling on his neck until he died. With millions watching this whether in person or through a screen, people started the Black Lives Matter (BLM) movement and demanded that Derek Chauvin be brought to justice.

Fast forward to 2021, Chauvin’s trial began on March 29, 2021. In their opening statements, the prosecutors played the video of George Floyd’s death. They stated that the 19-year police veteran used lethal force against a defenseless man by kneeling on Floyd’s neck for 9 minutes and 29 seconds, which killed him. More specifically, prosecutor Jerry Blackwell said that Floyd died from oxygen deprivation. Eric Nelson, Chuavin’s defense attorney, counterargued that Floyd died of a heart arrhythmia due to  drugs that Floyd ingested before his arrest and death.

After the opening statements, many witnesses were called on the stand to explain what they saw on May 25th, 2020. Some of these witnesses were police dispatchers and others were ordinary citizens like an ex-wrestler who tried to help Floyd. The ex-wrestler, Donald Williams ll, was coming back from a fishing trip with his son when he saw the commotion with 4 police officers and a small crowd forming. He heard Floyd trying to tell Chauvin that he couldn’t breathe and Williams yelled at Chauvin to get his knee off Floyd’s neck. When he looked at the way Chauvin’s knee was on Floyd’s neck, he realized from his mixed martial arts class, that Chauvin was using a “blood choke” move on Floyd’s neck. This move cuts off the circulation in someone’s body and can result in death. Williams then told Chauvin this information and Chauvin just stared at him with his knee still on Floyd’s neck. Moments later, Williams saw Floyd die with blood dripping from his nose. With testimonies and many witnesses who saw this tragedy unfold, this case was very hard to turn around for Chauvin and Nelson.

After some time, Chauvin was found guilty of unintentional second-degree murder, third-degree murder, and second-degree manslaughter. When the verdict was made, Chauvin had no reaction as he, a former police officer, would be going to jail for at least 10 years. His arrest was being broadcasted, not just in America, but the world saw that he was guilty. Cheers grew in crowds outside the building in Minnesota and the Floyd family finally got justice after almost a year after George Floyd’s death. George Floyd’s brother, Terrance, said: “I will salute him every day of my life, because he showed me how to be strong, he showed me how to be respectful, he showed me how to speak my mind,”.. “I’m going to miss him, but now I know he’s in history. What a day to be a Floyd, man.” The other officers who are being charged with aiding and abetting in Floyd’s death will have their trial in August of 2021. While Chauvin is arrested and guilty as of right now, his sentence might need more time as there are other factors that could affect his jail time. One of these factors is that a 9-year-old girl witnessed the fatal death of Floyd and Chauvin could get more jail time for committing a crime in front of a child.

After the verdict, Vice President Harris gave a speech and urged senators to pass the George Floyd Justice in Policing Act. This, in a nutshell, means that they want a complete transformation of law enforcement. Harris also gave a speech in which she said that black people are and should be equal to white people. And that they are just like us, as fathers, mothers, friends, and neighbors. For more of the speech, you can visit this website: Remarks by Vice President Harris on the Verdict in the Derek Chauvin Trial for the Death of George Floyd