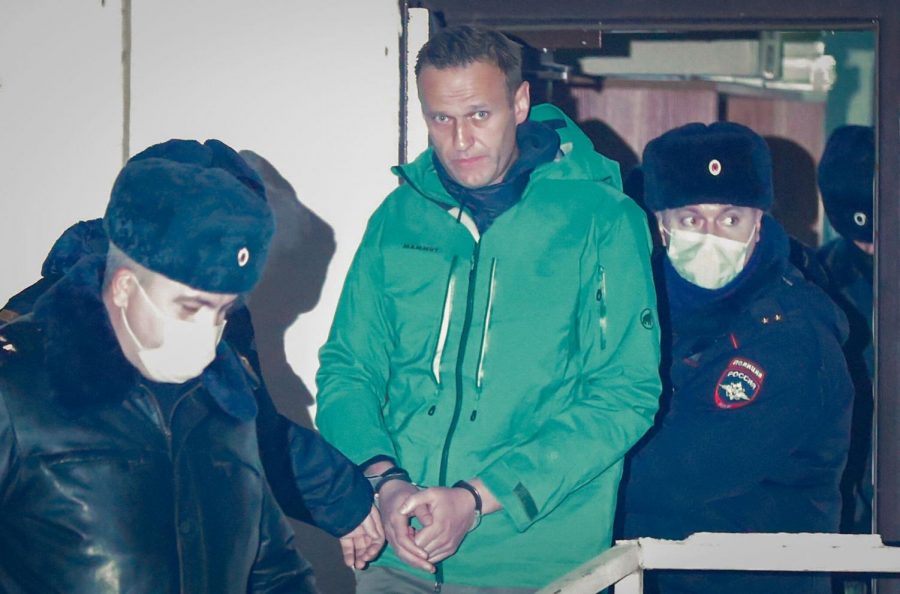 Who is Alexei Navalny and Why are People Protesting?

Approximately 5529.83 miles away from Marlton lies Siberian Russia. This is where, in August of 2020, Alexei Navalny was poisoned with the lethal nerve agent Novichok. After the fall of the Soviet Union in the 90‚Äôs, Vladamir Putin became Russia‚Äôs 2nd President in the newfound ‚ÄúDemocracy.‚Äù But, in reality, since 2000 he has used the office to form his own dictatorship through rigged elections, total control of the media, and bending of the law to fit his needs.¬Ý

Navalny is the most outspoken critic and leading opposition leader to Putin, who he was campaigning against before he was poisoned. This is not unlike Putin’s administration, which is notoriously known for poisoning anyone who opposes the Kremlin. Despite this, people like Navalny have taken up the fight to root out corruption and ultimately remove Putin from government.

After receiving a 5-month treatment in Berlin, Germany on January 17th he returned to Russia, knowing he would be arrested, and was detained in the Sheremetyevo International Airport. Navalny said calmly to onlookers, ‚ÄúI am not afraid.‚Äù Navalny’s arrest was illegal even though he was placed in a pre-trial detention center. Using his YouTube page which has garnered 6.51 million followers and over 1.1 billion views his team published ‚ÄúPutin’s palace. History of world’s largest bribe,‚Äù on January 19th, two days after being detained when returning to Moscow.¬Ý

The video exposes the palace Putin had built worth over $1 billion and is currently his most popular video with over 114 million views. Both due to his unlawful arrest and the overnight investigative journalism hit, tensions boiled over and protests erupted across all 11 time zones of Russia drawing over 100,000 people and resulting in over 5,000 arrests.¬Ý

Navalny also had to use his social media presence to encourage citizens to engage in the protests since the state controlled media deflates or completely abstains reporting on pro-democractic events. Ruslan Shaveddinov, an anti-corruption and political YouTuber known for joint-hosting a show with Navalny, believes his poisoning was a catalyst, ‚ÄúThe only thing the Kremlin fears is protests. So the more people who come to the streets today, the more likely it is [Putin] will play it all back. There is no doubt they are following today‚Äôs events closely and checking what will be going on in the streets.‚Äù

This also isn‚Äôt the Kremlin‚Äôs first attempt at trying to silence Navalny. In the past he‚Äôs been charged on trumped-up counts of embezzlement but was never sent to serve jail time. This time is different though, as Navalny was charged for breaking his parole for past embezzlement convictions. He will spend two years in Penal Colony No. 2 which is known to ‚Äúdeform your personality.‚Äù In response to this the Biden Administration and the EU have also recently stepped in placing sanctions on Russian government officials and organizations involved in the attempted murder and subsequent jailing of Navalny. Many are now wondering where the future of the pro-democracy movement lies. Some even wonder if Alexei Navalny‚Äôs wife, Yulia Navalnaya, will head the fight in his absence.

Ultimately, in less than 10 years, Navalny, through his investigative journalism and slew of dedicated dissidents, has created a movement in Russia not seen in recent history. Alexei Nalavny has officially become Putin‚Äôs greatest threat.