The Cherokee Scout • May 14, 2021 • https://cherokeescout.org/3395/showcase/cobra-kai-a-look-into-the-villains-perspective/

“Cobra Kai”: A Look Into the Villain’s Perspective 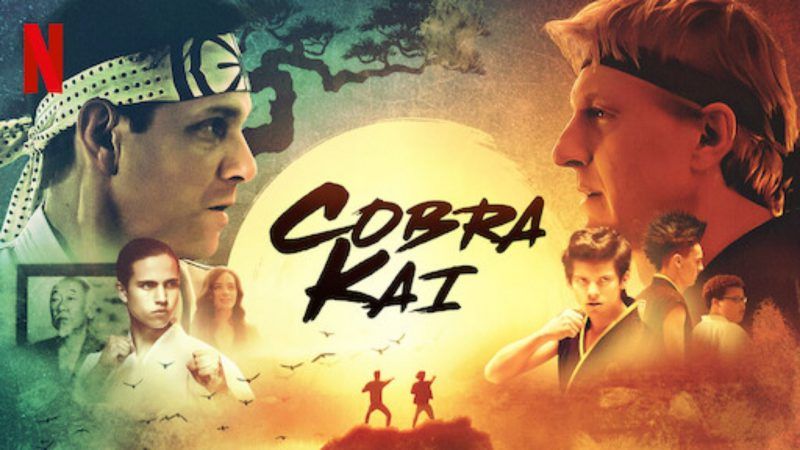 The infamous crane kick and the “Strike Hard and Strike First” mantra have been a part of many households since the “Karate Kid” movie came out in theaters 34 years ago. The new reboot of “Karate Kid” called “Cobra Kai” takes the viewpoint of the villain, Johnny Lawrence. This not only captures the nostalgia of the first film, but it also is relatable to a younger audience that may not have watched the movie. Before you root for the hero, Daniel LaRusso, to win, you might want to know that it won’t be as easy as you think.

This show takes place over three decades after the 1984 All Valley Karate Tournament. Johnny Lawrence, the loser of the tournament, is a struggling, drunk handyman. However, when he rescues a bullied kid, Miguel, he is inspired to restart the notorious Cobra Kai dojo, reviving his rivalry with a now successful Daniel LaRusso.

The most interesting part of the show is that it takes the viewpoint of the villain. It is not the same “good vs. bad” that is commonly seen in most television shows. With this show, viewers can change their allegiance to a character each episode. The show humanizes villains like Johnny by making him relatable and providing a backstory that explains why he became a bully.