The Cherokee Scout • May 14, 2021 • https://cherokeescout.org/3392/showcase/wake-up-the-members-of-my-nation-an-icarly-revival-is-in-the-works/

Wake Up the Members of my Nation: An “iCarly” Revival is in the Works! 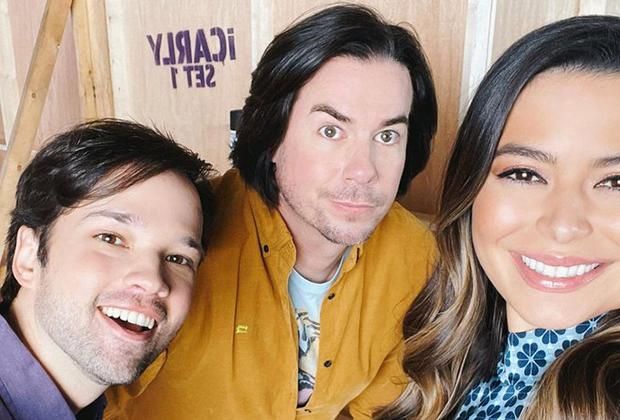 It was announced towards the end of 2020 that an “iCarly” revival was coming in 2021. The show will now be aired on the streaming service Paramount+. This new revival will contain 13 episodes, which is set 10 years after the original show ended. It will focus on the life of Carly Shay and her friends experiencing their lives as twenty-year-olds. A few of the actors and directors have shared that this version of “iCarly” will be more mature. Filming has already started, but there is not an exact date of when this revival will be released.

Three of the original cast members, Miranda Cosgrove (Carly), Nathan Kress (Freddy), and Jerry Trainor (Spencer) are set to play their characters again. While fans are excited for this revival to come out, they are also upset that Jennette McCurdy, who played Sam Puckett, will not be included due to her traumatic experiences as an actress. While some of the old cast members may not be returning, new ones will be introduced. It was announced on March 19 that Laci Mosley, who plays Carly’s best friend, and Jaidyn Triplett, who will star as Freddy’s stepdaughter, will be introduced. While you are waiting for the revival to come out, you can watch the old episodes on Netflix and Paramount+.