The Cherokee Scout • May 3, 2021 • https://cherokeescout.org/3366/showcase/a-beginners-guide-to-understanding-the-falcon-and-the-winter-soldier/ 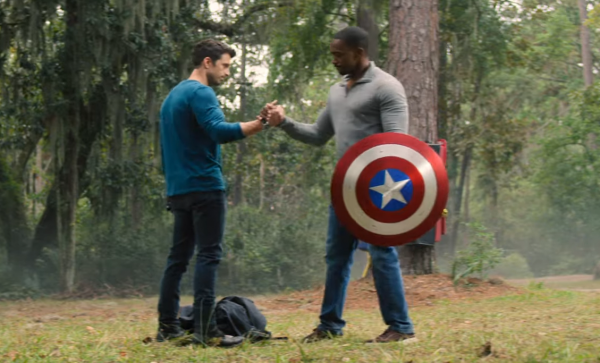 The first episode of “The Falcon and the Winter Soldier” (TFATWS) came out on Disney+ on Friday, March 19. The show is about Sam Wilson and Bucky Barnes’ life a little after the events of “Endgame.” Jumping into this show with no previous knowledge of the MCU (Marvel Cinematic Universe) would be extremely difficult. Luckily, there are many movies to watch to get ready for the show.

The two most important movies to see prior to TFATWS are “Captain America and the Winter Soldier” and “Avengers: Endgame.” Although watching other MCU movies are necessary to completely understand TFATWS, fully understanding these movies can make this show easy to navigate. “Captain America and the Winter Soldier” not only reintroduces the character of Bucky Barnes into the MCU, but it’s Sam Wilson’s first MCU appearance and introduces his relation to Captain America. Unlike that movie, Sam and Bucky are not prominently featured in “Avengers: Endgame.” However, one of the last scenes of “Endgame,” in which Steve Rogers passes the title of Captain America down to Sam, shapes what the show is about.

Steve, Sam, and Bucky have roles in many other MCU movies that can enhance the viewer’s understanding of the show. Watching “Avengers: Infinity War,” even though it is not as important as the other movies they are in, can set the scene for how their other movies go. The same goes for the movies “Avengers” and “Ant-Man.”

With more episodes of TFATWS just around the corner, fans are on the edge of their seats to see how Sam and Bucky’s story plays out. “The Falcon and the Winter Soldier” is streaming now on Disney+.