From Marlton to Texas to China: How Jenna Dever Grew Through FBLA 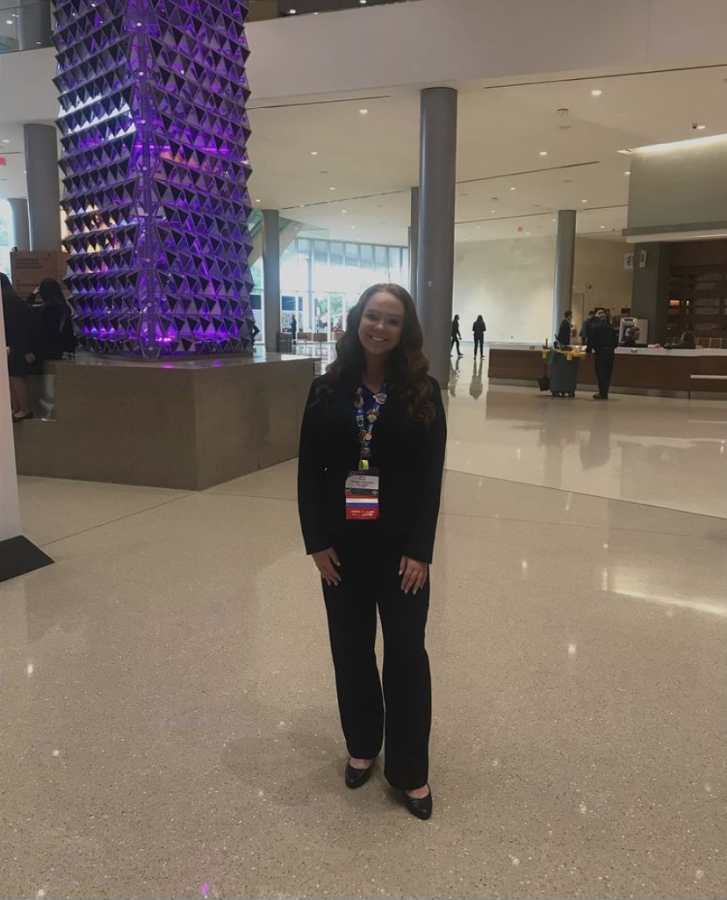 Jenna Dever at the San Antonio Convention Center for the FBLA Nationals.

Cherokee High School is not lacking in opportunities for its young scholars. Students who are interested in law, business, statistics, etc. can choose from countless clubs and activities in which to get involved. While there are numerous clubs and organizations that encounter these interests, none of them are quite like the Future Business Leaders of America (FBLA).

The FBLA is an organization that caters to several fields of interest, not just business, and is one of the oldest and largest student-run organizations with over 200,000 members internationally. The FBLA gives people of all interests, from medicine to law, the chance to thrive, gain knowledge, or apply knowledge they have. Established in 1940, it is one of the top 10 organizations listed by the U.S. Department of Education.

We had the opportunity to sit down with FBLA alumna, Jenna Dever (’20), who told us about her career path and memorable experiences gained through FBLA.

Jenna Dever was a member of the Cherokee FBLA for three years. She attributes her success to family, who always pushed her to be the best version of herself. Being an older sister taught Dever to be a role model.

She recalls “nationals in San Antonio Texas, and getting to meet FBLA people from around the world because [she] didn’t know that kids from China and Peru also did FBLA, and that it’s actually an international organization, not just a national one.”

Jenna Dever used her medical passion to advance to an FBLA Nationals competition. After having taken a job with her aunt in an ophthalmologist’s office, she had decided to enroll in the Healthcare Administrations Competition, in which she was able to apply knowledge she had learned in the real world. Being involved in FBLA helped her gain skills, connections, and a professional attitude necessary to thrive in a working environment.

She is currently studying pre-med in biopsychology at Thomas Jefferson University in Philadelphia and plans to become a neurologist for Jefferson Hospital.

Learning about business and building entrepreneurial skills  helped Dever find her career path: “Before I joined FBLA, I always said I wanted to be a pediatric neurologist. Actually, I learned a lot about Parkinson’s through a project I did in an entrepreneurship class. I kind of learned a bit more about different diseases, and I found I was more interested in those that afflict adults rather than ones that afflict children, so now I just want to be a regular neurologist.”

Outside of FBLA, Dever became involved with the Chiefs executive club, which is a club where speakers come in and students get to learn about different careers in business. Dever was also active in DECA, which is similar to FBLA,  Student Council, and Renaissance club. She was also involved in the Elks Club of Marlton’s Youth Activities Committee and volunteered for Weisman’s Children’s Rehabilitation Hospital, as well as the food bank at her church.

FBLA includes volunteer opportunities and conducts toy drives also taking trips, like the FBLA summit in which ten members join Ms. Hughes for a day of group activities to strengthen connections and business-related skills. FBLA is a globally recognized organization, which colleges love to see. Dever says it taught her how to interact professionally with her professors, and studying for some of the tests helped her gain study skills.

FBLA is not just a club for those whose heart lies in business because business lies in the heart of almost any career. Dever stated that she believes that FBLA is a good fit for any student at Cherokee High School.