A Glimpse Into “WandaVision” 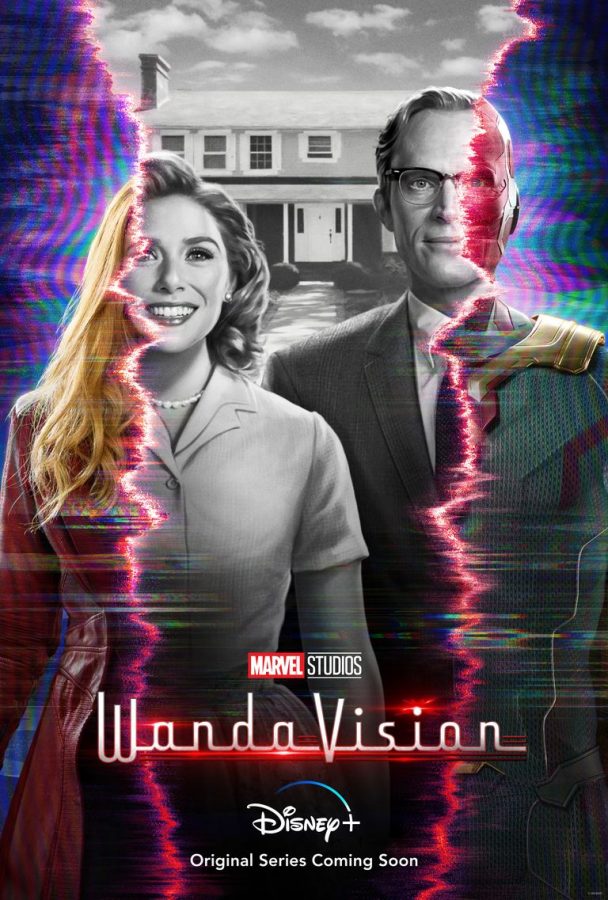 “WandaVision” is Marvel Studios’ first MCU (Marvel Cinematic Universe) series to be released on Disney+. The series is about Wanda Maximof and Vision’s life through old sitcoms. The first two episodes were released on January 15 and took place in the 50s and 60s, and progressed each episode. With the series finale just around the corner, let’s take a look at “WandaVision,” what we know so far, and how it relates to the rest of Marvel phase four.

“WandaVision” is the first thing to be released in Marvel phase four. The “Phases” of the MCU are ways to group the content made for it by release date. Phase four will include “WandaVision,” “The Falcon And The Winter Soldier,” “Black Widow,” “Loki,” and more.

This series will connect many previous and upcoming Marvel content. Important characters like Darcey Lewis, Monica Rambeau, Jimmy Woo, and Pietro Maximof all come from previous movies released in the first 3 phases. This series will tie directly into “Doctor Strange and The Multiverse of Madness” which will come out on March 25, 2022, though Wanda’s role in the movie is still unclear.

One of the main characters in the series, Agatha Harkness is very important in the comics the series is based on. In the comics, Agatha is an over two-hundred-thousand-year-old witch and is the former leader of “New Salem” which is a coven of witches. Her first appearance was in “Fantastic Four #94” released in January of 1970. She is played by the actress Kathryn Hahn in “WandaVision” and has been in the series since the first episode.

Another very important character in the comics and in this series is Monica Rambeau, also known as Spectrum, or Captain Marvel, depending on the comic. Her first appearance was in Amazing Spiderman Annual #16 that was released August of 1982. In the comics, Monica’s powers are absorbing energy.

To learn more about the characters in this show and what they are like in the comics, go to https://marvelcinematicuniverse.fandom.com/wiki/WandaVision.