Jessie Paege Kills Us With Her Amazing New EP 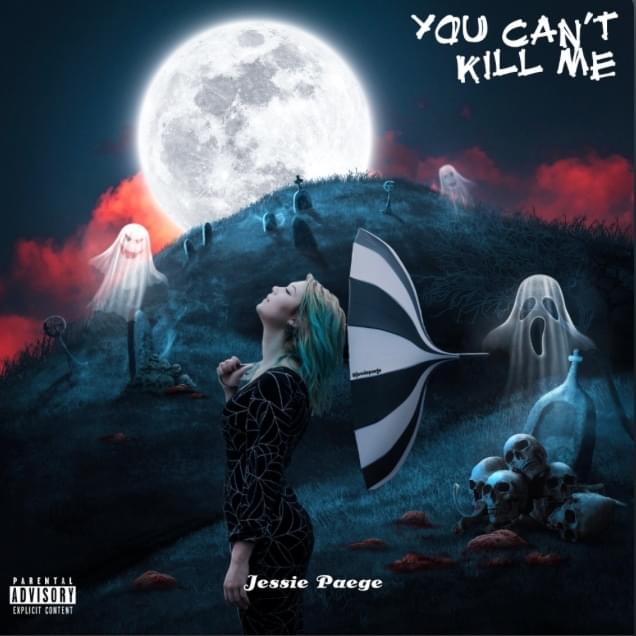 "You Can't Kill Me" Album Cover

On January 15, Jessie Paege released her EP titled “You Can’t Kill Me.” The EP consists of six songs called “ur a zombie,” “Phantom,” “Villain,” “hell to me, heaven to you,” “Skeleton,” and “finally feeling ok.” Jessie Paege is a famous YouTuber with 1.54 million subscribers and on TikTok with 696.3 thousand followers. Paege has been playing the electric guitar and singing for years. She released her first song, “Not a Phase” with Lucy & La Mer on October 11, 2019.

According to her Spotify, Paege’s music is inspired by Panic! At the Disco, The Black Keys, and Muse. Her music can be described as grunge rock, and fans of Billie Eilish and My Chemical Romance will have an appreciation for her music. Before releasing this EP, Jessie had created a handful of singles with three of them ending up featured on “You Can’t Kill Me.”

The songs on “You Can’t Kill Me” are mostly about Paege’s recovery from the eating disorders she has had over the years. “Skeleton” is an apology to her body and “hell to me, heaven to you” is about trying to be able to look and have others look at her body. Jessie has been open about her eating disorders and mental illness on the internet. She makes a lot of content about mental health and recovery to help others that are currently in a similar situation as her.

Jessie Paege has been doing YouTube since she was sixteen years old, starting with the channel name GlamWithJessie, before becoming what it is today, Jessie Paege. Jessie’s videos cover a large range of topics from the beginning of her YouTube career with DIYs, to now mental health and LGBTQ-empowering content.

“You Can’t Kill Me” is a promising EP for Jessie Paege’s career. With over one hundred thousand monthly listeners on Spotify and even more on her YouTube channel, it’s very obvious that this is just the beginning of her career.