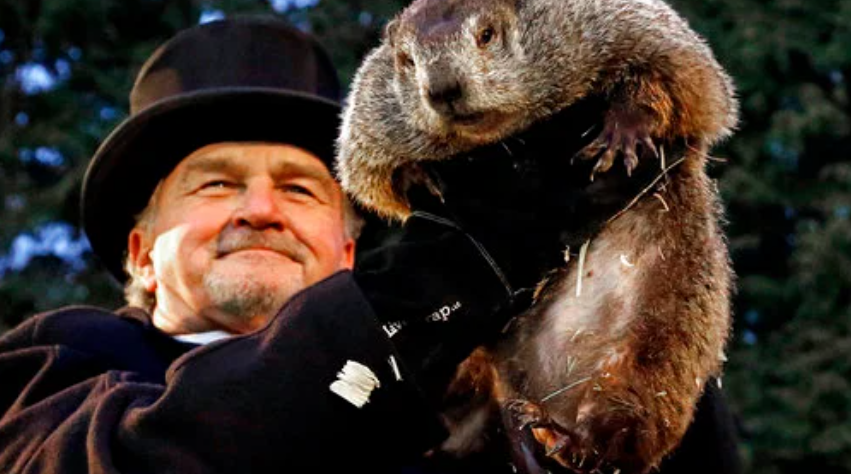 Groundhog Day has sadly passed.  On February 2, 2021, Punxsutawney Phil declared that there would be six more weeks of winter.  Groundhog Day is the holiday where we lift a rodent out of the ground and allow it to predict the weather.  That is a real thing that happens every February 2nd  in America.

The Groundhog is named Punxsutawney Phil, after Punxsutawney, Pennsylvania where he resides.  He will either see his shadow and winter will be over or if he does not see his shadow, there will be six more weeks of winter.  However, how was this strange holiday created?

The holiday started on February 2, 1887.  This holiday can be tied to Candlemas, a Christian European tradition.  On Candlemas, a clergy would give out blessed candles for the winter.  However, Germans took some creative liberties with the holiday and decided to have an animal tell them the weather.  They originally chose a hedgehog but once German settlers came to America, the hedgehog changed to a groundhog.

The first Groundhog Day can be credited to Clymer Freas.  Clymer Freas was a local newspaper editor.  He came up with the idea and decided to pitch it to the local groundhog club called the Punxsutawney Groundhog Club.  On February 2, 1787, they went to a place called the Gobbler’s Knob where the groundhog saw his shadow.  The holiday has continued ever since.

If you would like to be able to witness this holiday with your own eyes, you better get up bright and early on February 2, 2022.  Punxsutawney, Pennsylvania is just a short 5-hour drive from Marlton and a one-of-a-kind experience to get your weather forecast.