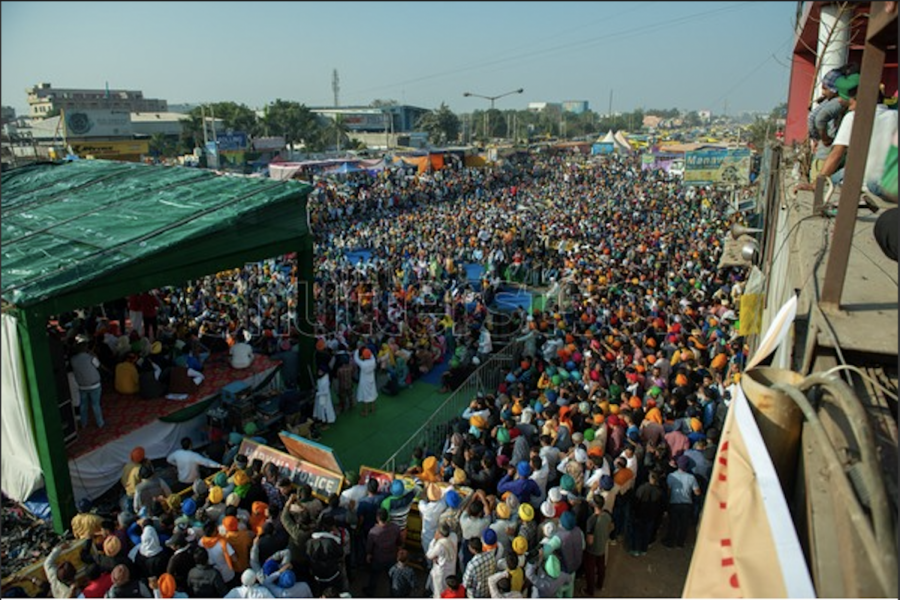 After months of protesting in tent cities on the borders of New Delhi, the Farmers Protest in India escalated. On Jan. 26th, protesters on tractors broke through police barricades and stormed the Red Fort, the building where Indian independence was first celebrated.

These protests in New Delhi are the result of three farm bills passed in September 2020 that deregulate India’s agricultural market. The farmers’ protests began in late November, but on Jan. 26th, the protests escalated. Violence and internet shutdowns ensued, sparking global outrage at the actions of the Indian government.

On Sept. 14th, three bills were introduced to parliament and they were passed on Sept. 27. Each bill deregulates a different part of the agricultural industry.

The first act, called the Farmers’ Produce Trade and Commerce Bill, creates trading spaces that are unregulated by the government. Its goal is to create an environment, “where the farmers and traders enjoy the freedom of choice relating to sale and purchase of farmers’ produce.”

The second act is called the Farmers Agreement of Price Assurance and Farm Services Bill. It creates a general framework for farming agreements, and many worry that this framework could make it challenging for farmers to fight bad deals. This is since agreements are solely between farmers and traders.

The third act is an amendment called the Essential Commodities Bill. This act allows people to stock up on goods. Farmers worry that this will lead to people buying a surplus and being able to influence pricing.

Farmers worry about this deregulation, as it leaves them at the mercy of private businesses that will lower prices. The Indian government has offered to suspend the new laws for 12-18 months, but will not repeal them. The government believes that these laws will give India’s farmers more opportunities and freedoms. The government also believes that increasing competition can boost farmers income. Farmers disagree and are unsatisfied with a temporary suspension of the new laws. They are looking for these laws to be completely repealed.

On November 26, the protesters began marching into New Delhi. Police attempted to keep predators out of the city through barricades, water cannons, and tear gas. However this did not deter the farmer, and on Nov. 27 police allowed protesters into approved locations to protest peacefully. Farmers were protesting peacefully for almost two months despite cold weather, suicides, and accidents.

Jan. 26th and the events of that day lead to international attention on the farmer’s protests. On Jan. 26th, protestors wanted to stage a tractor parade and got permission from the police to protest on three routes, mostly on the borders of the city. However, protestors deviated from these routes and headed to the Red Fort, in the center of New Delhi.

Protesters were met with tear gas and water cannons from the police. Thousands of protestors rode on tractors and one protester died.

This event led to a crackdown on the protests. The Indian government has detained journalists, imprisoned protestors, and shut down the internet. The internet was shut down in 14 districts in Haryana until 5 pm and there was a 48-hour shutdown in at least 3 other areas. Over 500 Twitter accounts that were critical of the Indian government were also permanently blocked.

These actions have sparked international outrage. Many prominent figures such as Rihanna and Greta Thunberg have spoken about this. Their comments have also drawn backlash from those who support the actions of the Indian government.