If Anything Happens, I Love You: A Masterpiece In Only Twelve Minutes 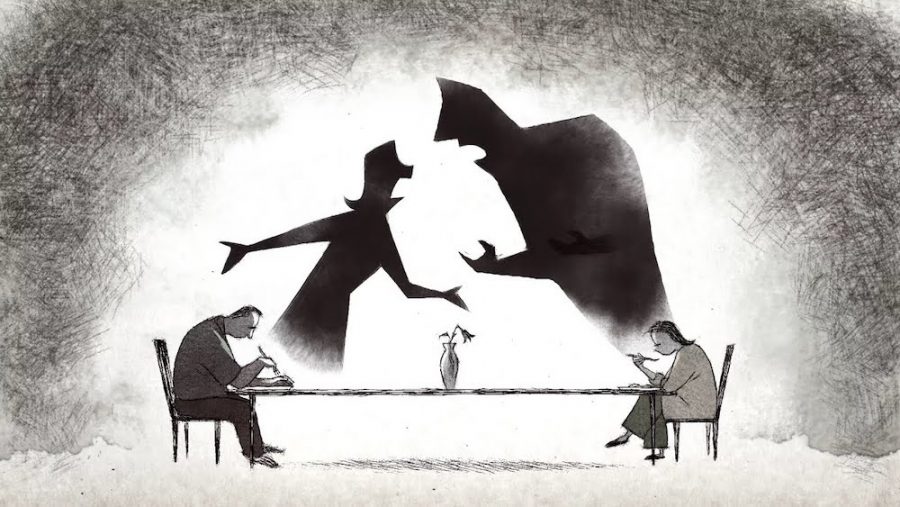 Movie poster of "If Anything Happens I Love You"

As the short film begins to play, the artistic animation is impossible not to notice. Sketched out and sparsely colored animation perfectly captures the somber and heartbreaking tone of the story, and the wordless plot plays out beautifully. The story doesn’t need any dialogue to deliver a strong and unmissable message with its moving silence.

Out of a variety of short films on Netflix, “If Anything Happens, I Love You” is one that cuts deep and raises important awareness for a serious issue. The animated film recently made its way onto the streaming platform Netflix, instantly becoming famous on social media for being a film that no one can get through without becoming emotional. This assumption is not an empty one.

The film begins by showing a couple: two parents. Sketched out in black-and-white, the two are each shown dealing with depression in their own way. The sadness of the scenes is unmissable as each parent feels lost in a black-and-white world. Soon enough, it is shown that their little daughter has just died. As the plot continues to play out, it shows the happiness of the young girl’s childhood (and her parents’ memories of it), and no viewer can feel unattached.

It is finally revealed in a heart-wrenching twist that the child was killed during a school-shooting. Her last words, texted to her parents in the midst of chaos and violence, inspired the film’s absolutely tragic title: “If anything happens, I love you.” The absolutely relatable and raw words make the story incredibly intense and its message clear.

In just twelve short minutes, viewers are taken on an emotional rollercoaster as they see the sorrow of the girl’s parents, the tragedy of her death, and her parents’ individual methods of coping with it. The film is a masterpiece, with beautifully-drawn animation and a powerful message. The short film takes the terror and tragedy of school shootings and makes it personal, showing viewers the reality and aftermath of a shooting and perhaps even urging people to take action.

As the film seems to say with its silence, the public needs to make sure that stories like this one remain moving fictional pieces rather than hard-to-swallow and tragic realities.