COVID-19 Has Transformed Sports. How Have Fans Adapted? 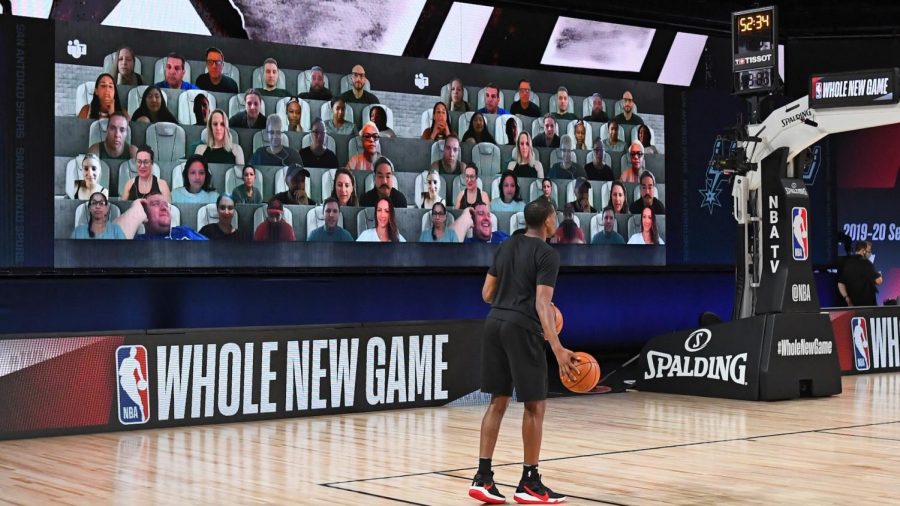 Amid the COVID-19 pandemic, the way sports fans cheer on their favorite teams has changed. While almost all leagues have found a way to adapt to the restrictions of the virus, the way fans view the games varies from sport to sport.

Many American baseball games have been cancelled due to members of the league testing positive for COVID-19. In order to bring some normalcy back to MLB games, Fox Sports premiered virtual fans in a partnership with Pixotope as well as piping audience sound into the stadium. These fans are full bodied, CGI baseball fans wearing each team’s sports gear and cheering during the appropriate times. They look very akin to fans in EA Sports video games with facial expression and movements close but not exact to human motion. This was met by much criticism of baseball fans who gawked at the virtual fans doing the wave and individual fans switching virtual jerseys throughout the game. Additionally, other teams have opted out of doing virtual fans over Zoom and have been marketing the opportunity to have your body made into a cardboard cutout to be in the stands during games. Prices of these cutouts range anywhere from $25-$500 with higher range guaranteeing your cutout being placed directly behind the camera or dugouts.

On the other hand, the NHL hasn’t tried any sort of virtual, cardboard, or CGI fans, letting viewers enjoy this hockey season from the safety of their own homes on TV. But, the jumbotrons at the hockey games have been giving some levity to the situation saying things like, “The wave is strictly prohibited at tonight’s game,” and, “At the conclusion of tonight’s game…please exit your couch safely.” But, this absence of fans has cost sports industries across the board billions of dollars as, normally, they would rely on ticket, concession, gear, etc. income from fans to sustain business throughout the season.

The MLS was the outlier in sports this year for being the first of the major sports leagues to allow fans to be in the stadium. The MLS and NFL are similar to each other in their approach to fans this year. While some soccer and football games within the leagues allow for fans at 25% capacity or less, others aren’t allowing any to be permitted into the stadiums. This decision is left open mostly to which state the game is in and the rules of the stadium’s owner.

Lastly, the NBA, in partnership with Microsoft, features 300 fans virtually on 17-foot-tall video screens which are placed next to the court. Fans are placed in “seats” where they can be seen sporting their team’s jersey from the sidelines. Through the team’s website, fans can sign up for these free virtual fan experiences, but, like in a normal season, there is a conduct policy against unruly fans which can be subject to ejection from games over inappropriate conduct.

In conclusion, a normally billion dollar industry has taken a hard hit just like all other businesses during the pandemic. Ultimately though, it’s admirable to look at the adaptability of the sports leagues and the innovative ways they’ve come up with bringing fans back into the stadiums. Who knows what the future of sports viewership will look like, but it seems like fans can count on some sense of normalcy with virtual and cut out fans for the foreseeable time being.