They’re Back and More Socially Distanced Than Ever 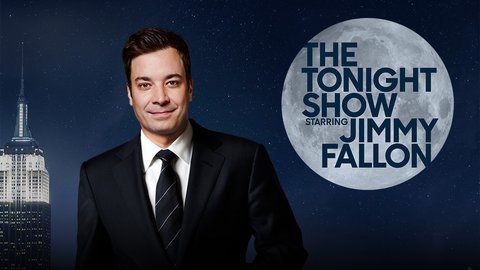 After four months, Jimmy Fallon made his way back to 30 Rock after doing The Tonight Show at home. When the world shut down, Fallon and his team, in an effort to provide some feeling of normalcy, continued the The Tonight Show in a new format. He filmed it at his house.  This was far different than what he had previously been doing because he had to facilitate everything himself and didn’t have a crew to set up lights or work the camera.  However, he worked through it by making it a family effort by having his wife work the camera and his daughters making the graphics from paper and crayons.

This new format allowed us to get a peak behind the curtain into Fallon’s family life with appearances from his daughters and even his wife.  However, this new format came with some new struggles. One main struggle was timing. Comedy relies on timing. If you mess up the timing of a joke, it can ruin the punchline. In this new format, Fallon didn’t have laughter in between punchlines, so in between his jokes there was often an awkward pause because he, and many other comedians, are so used to waiting for an audience to finish laughing before going into another joke.  However, he was able to adapt and changed his timing.

Now, Fallon has been back in the studio for the past three months after speculations arose that he wouldn’t return back in person. The concern wasn’t if they were going to still have him on the air but if they were going to justify the expense of maintaining a studio. Some believed that in an effort to save money, NBC would just keep shooting the show from home. However, he’s back and now shoots his show in Meghan Kelly’s old studio. This studio is practically perfect for social distancing. Fallon’s band, The Roots, are also present and socially distant, giving him an audience to play with. He has even had a few guests in person, such as John Cena and Keenan Thompson. The rest of his interviews are conducted through a computer.

It also seems like the entire NBC studio is working together to help everyone stay safe. During commercial breaks on Saturday Night Live, half of the band are in Jimmy’s old studio in order to create a safe environment and make sure everyone is socially distanced. Jimmy and his late night counterpart Seth Meyers repeatedly say that they get tested often. So if you need a good laugh in these difficult times, check out The Tonight Show.