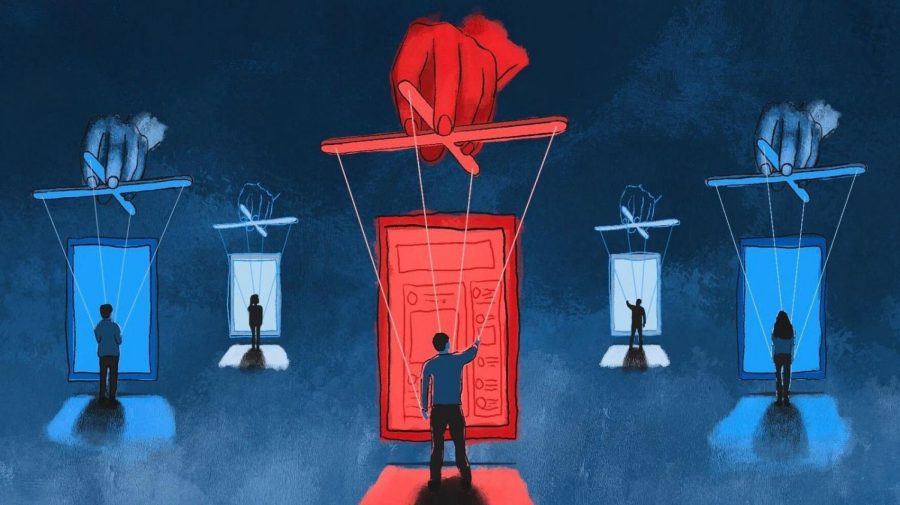 Both due to the hit of the COVID-19 pandemic and the exorbitant growth of social media and the entertainment industry since the 2016 election, these two industries played one of the biggest roles in this election than ever before. Through the 2016 election politicians learned the effect of how just one media platform, Facebook, could reach a portion of citizens who were discontent with accredited news sources. That led to many people left wondering, how do we change the way we run political ad campaigns to reach as many people as Facebook’s did in 2016?

Before 2016, campaigns spent their advertising budgets almost solely on radio, television, and print ads, not delving into a so-called “risky” area of media advertising such as social media. But, after 2016 these generations of politicians who didn’t grow up in a time of iPhones and Instagram reluctantly had to face the fact that this was the future of political campaigning.You now see more and more political campaigns turning to make Instagram, Twitter, and Facebook accounts that people can go to for updates on the campaign trail while also using the aforementioned companies to use ad targeting on voters they wouldn’t normally be able to reach with door knocking, phone, and text banking.

This 2020 election cycle has become the most expensive race in U.S. history amounting to almost $8 billion dollars in political advertising alone. Not only did Biden outspend Trump in ads, he dedicated over 20% of his budget to digital advertising, a new record.

This brings up another conversation about ad targeting and how algorithms on social media sites create echo chambers for citizens who don’t know the truth from fiction in targeted political ads. Cambridge Dictionary defines an echo chamber as, “a situation in which people only hear opinions of one type, or opinions that are similar to their own,” typically in politics. Even for someone like me, who tries their best to check a source’s credibility before sharing something, I do still find myself ending up in echo chambers that are difficult to get out of. Media is such a core part of our democracy, but when anyone can be seen as a media source, we have to rethink what that means to us as Americans.

As social media positively grew in politics, it also fed a swell of misinformation in advertising. The party most affected were uneducated citizens which just reinstates the need for higher education. We have to self check ourselves and our information before crediting it as fact. This is one of those situations where you ask if the good outweighs the evil, and there is no clear answer to be given because ultimately it is up to you as a voter to do your research before making a decision.

Many celebrities on social media were very open about who they were voting for too, a fact that differed from past elections. The main reason why our country is so divided is that people are too scared to talk respectfully about their political beliefs. If we don’t talk through what we are thinking, especially politically, and compare information and news, how are we supposed to form a rounded perspective on anything? Social media has helped to break down these barriers to wider audiences with more information, so most important for younger generations whose views might be looked down upon, when talking with a grandparent, aunt, uncle, parent, etc. they are able to go into those interactions informed. Gen Z is a generation of doers and through social media, they’ve helped people of all likes have those “tough” conversations with family members and be informed on who they are/will vote for.

The COVID-19 pandemic fast-tracked social media’s role in this election. Door knocking and canvassing, a HUGE part of the Democratic party’s strategy in races when trying to reach new or unregistered voters was not an option anymore. Isolated, voters had to turn to social media outlets and news networks for information. Both parties had to do a complete 360 on how they were going to reach voters leading up to the election. AOC was able to live stream Among Us on Twitch, the most popular streaming platform, and reached over 435,000 people at its height. She played with Ilhan Omar and other celebrities with the intention of registering voters in the final weeks leading up to the election. This came as a huge surprise to politicians on both sides who were blown away by the outreach that one 2-hour video game stream could have. You would think it would be obvious to do this, reach young voters by appealing to their interests such as video games? But, politicians for so long have tried to not integrate the powerhouse of the social media and the entertainment industry because they simply don’t know how to navigate around these platforms. They didn’t grow up with technology on such a mainstream scale-like Millenials and Gen Z has. The reason it’s just starting to become more recognized though is these generations’ oldest members is growing up, filling jobs in the political field. They’re bringing this knowledge of technology to their work and thus completely changing how it’s viewed in politics. The average age of politicians is the oldest it’s ever been in the U.S. but, young voters won’t wait for Gen X to catch up. It’s like the Benjamin Franklin political cartoon, “Join or Die,” maybe not as extreme, but if old school politicians don’t soon adapt to the infinitely growing social media and entertainment business and its role in elections they soon will become irrelevant to new generations of voters.