The Cherokee Scout • May 22, 2020 • https://cherokeescout.org/2931/showcase/what-were-watching-in-quarantine-keeping-it-interesting-while-social-distancing/

What We’re Watching in Quarantine: Keeping it Interesting While Social Distancing 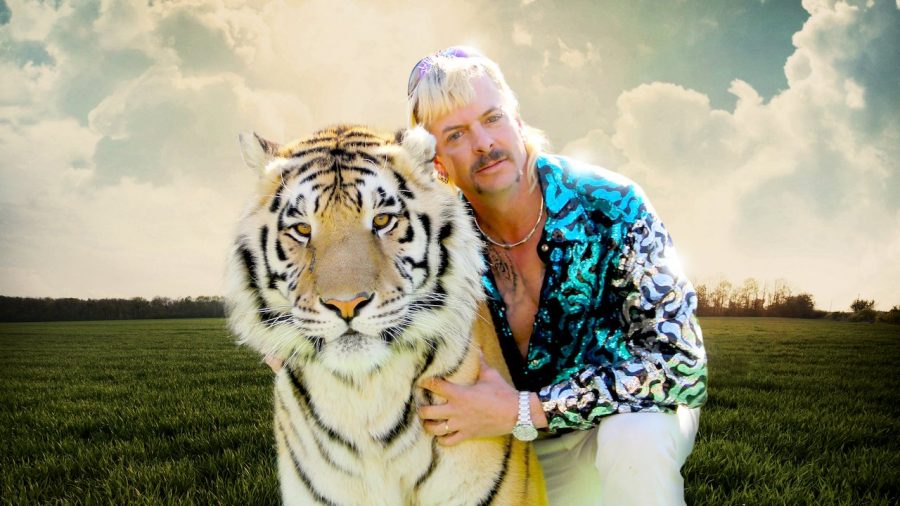 In a time where direct contact with the outside world is limited, it can be comforting for those dealing with quarantine to disappear into imaginary worlds. Some have been catching up on reading. Others have been snuggling with family, rewatching old movies. For the most part however, binging TV series has been a commonplace and relatable everyday activity for most in self-isolation. As one week blends into the next, one season of a show does the same, leaving us with the somewhat unproductive but deeply satisfying distraction of Netflix, Hulu, Prime, and other TV streaming services. The question remains then: what exactly are we all watching?

As anyone who has been keeping any sort of social media presence at all knows, the Netflix show “Tiger King,” has abruptly and quickly made it to the top of TV show radar. It seems like nearly everyone is watching this show, and those that are not have certainly been asked to at least once by friends or family. The TV show, which is a true crime reality show looking into the crazy lives of tiger breeders, is most known for its eccentric and wild main breeder, Joe Exotic. On the other hand, social media controversy surrounds another character on the show, animal rights activist Carol Baskin, and the conspiracy of whether or not she killed her husband. As many watch the show, the drama seems too wild to be real, and definitely just wild enough to distract from the worldwide pandemic, which solves the mystery of why practically the whole country is watching.

On the lighter side of things, many have simply reverted back to old and comfortable habits in their TV show preferences. Netflix has seen a surge in the daily watching of classic comedy shows like “The Office,” “Parks and Recreation,” or “The Good Place.” These shows are all ones many of us know well and which bring a sense of comfortable familiarity. In these trying times, not everyone wants to immerse themselves in the wild chronicles of tiger breeders; some just want to bring it back to basics. While the world outside has been dramatic and stressful of late, TV content has the potential to be just the opposite.

In the middle ground, there are those that have been using this time to watch “that one show,” that they may simply not have had the time to start. What this show is looks different to each individual. Maybe it was a reality show, a drama show, or a promising-looking comedy series. With entertainment, just as with anything else, people put things on their “to watch later” list and never get around to it. With this quarantine though, some avid tv-watchers are simply digging through their laundry list of content put off until later, searching for possible gems.

Of course, besides TV shows, there is no lack of media content to entertain oneself with. Celebrities have begun voicing audiobooks, casts of favorite shows have done video-call table reads. Even movies once expected to come out in theaters have made their way into streaming services. One of the simple joys of being forced to stay inside is entertainment, and the industry seems to have embraced that entirely. As a nation, and even perhaps a world, times are tough. In times like that, as people, we tend to turn to what we know. In this case, we know that sometimes a bowl of popcorn and a good TV show can make even the worst things seem a little better.