Is JoJo Rabbit Just A Movie About Escapism or Does It Provide A New Perspective On Anti-Semitism? 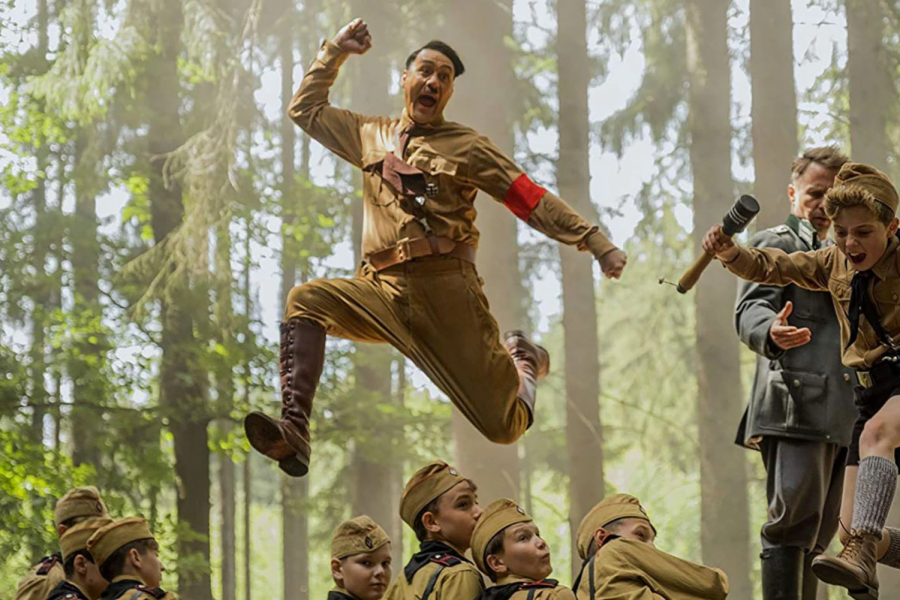 “JoJo Rabbit,” featuring Taika Waititi, Roman Griffin Davis, Scarlett Johansson, Thomasin McKenzie, Sam Rockwell, and Rebel Wilison tells the story of a young German boy, Roman Griffin Davis, finding his way in a nationalist, WWII ridden Germany. When he discovers his mother, a supposed devotee to the Nazi cause, is hiding a Jewish girl, Thomasin McKenzie, he struggles with his self-proclaimed identity and belief in the Nazi party. Released on November 8th, 2019, and reaching a gross of over $35.7 million, this film is nominated for best picture by the Academy Awards and depicts the cold-hearted truths of anti-Semitism through its comedic take on war.

Though it can be hard to get over the fact that JoJo’s imaginary friend is a light-hearted, joke-cracking Hitler, this movie blends charm and hate brilliantly through word of mouth. Waititi, who plays JoJo’s imaginary friend Hitler, is able to express the sinister ideologies of the Fürer through the cold-hearted comedy used in his dialogue. Roman Griffin Davis is no doubt the best part of this movie. In his breakout role as JoJo we ourselves are challenged by his performance into questioning our own beliefs. Scarlett Johansson and Thomasin McKenzie perform award winning performances as the female role models that JoJo needs at this point in his life. Not only do they help him discover who he is, but they help him find who and what he truly believes in.

This movie is oddly captivating in a way like no other movie I have ever seen. “JoJo Rabbit” is a must-see for adolescents and adults of all ages, especially in this time, when remembering how hate and violence affects and influences others can be lost in today’s political and social climate.