Frozen 2 Leaves You With Chills 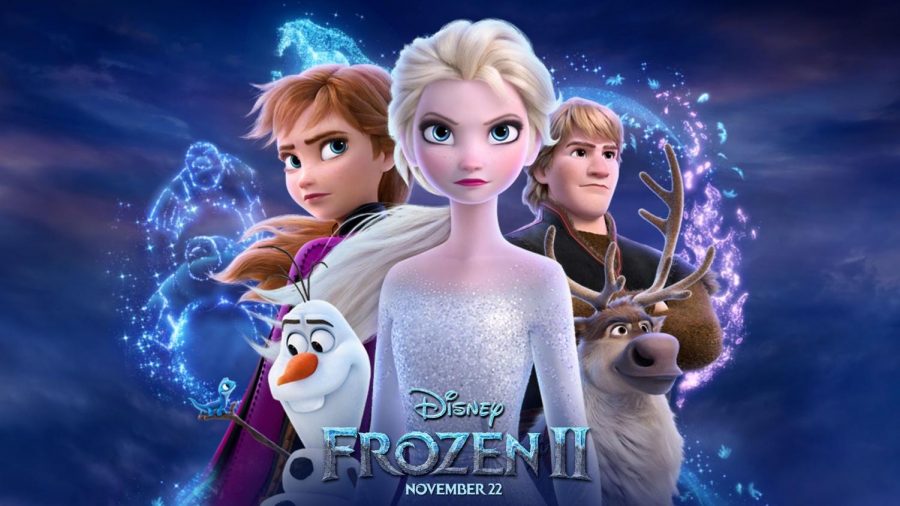 In 2013, two royal sisters, one with magical powers, and a lively snowman entered our lives, among other enchanting characters. Frozen was a remarkable movie that made a huge impact on children of all ages. Not only was it an entertaining movie, but it was one that included many valuable life lessons. In June of 2019, “Frozen 2″ was announced. After several awaited months filled with anticipation for many fans, the sequel finally hit theaters on Nov. 22, 2019.

“Frozen” left off as declaring Elsa queen of Arendale and Anna in a relationship with Kristoff. The sequel started off with a flashback of Elsa and Anna when they were little. Their parents had told them a story about an enchanted and later haunted and magical forest. To calm the two girls down, their mother sang them a lullaby. In present day, Elsa hears the same song echoing in her ears, but she is the only one who can hear it. Curious to find out the truth about what happened to their parents, Elsa and Anna, along with the help of Kristoff, Olaf and Sven, go on a remarkable adventure.

The sequel was very entertaining and had many catchy songs just like the first movie. There were a lot of moments where the whole movie theater was chuckling at the remarks Olaf, the movie’s obvious comic relief, had made. Like many Disney movies, there was also a moral hidden in the lighthearted film. The lesson was about always being there for family, which was also a major theme in “Frozen.”

As great as “Frozen 2″ was, nothing can beat the excitement the original “Frozen” had once caused. The second movie was great with its witty one liners, its portrayal of family bonding, and with its building of character relationships. Yet the first movie is one that is unforgettable and unique, which is why it is the better one out of the two, in my opinion. “Frozen 2″ is still an excellent movie that is perfect to watch on an unlively day. So, go grab a bag of popcorn and relax as you plunge into the mysterious world of Arendale.