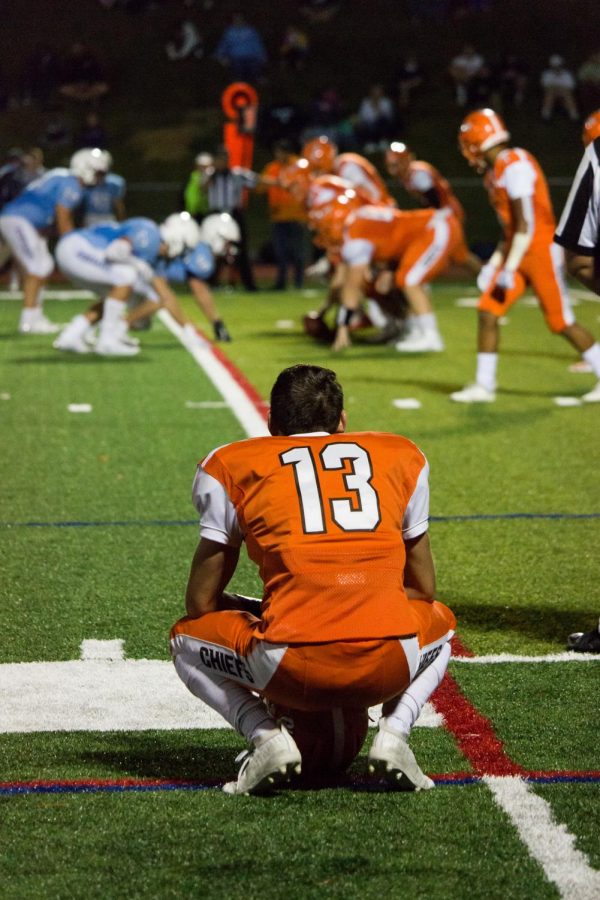 The Cherokee Chiefs are hoping to continue their winning streak as they come off an impressive victory against Washington Township High School. On Friday, September 13, 2019, the Chiefs took on Shawnee, their biggest rival. The game ended in a 17-6 loss.

After the disappointing 2018-2019 football season, the Cherokee Chiefs wanted to make a statement. The game against Shawnee was a tough one: words had been said on both sides and reputations had to be upheld.

As the student sections gathered on both sides of the Cherokee Bowl, a full moon began to appear in the sky. As the bottom half slipped into the night and disappeared, the air grew thick with tension. Both sides wanted a victory.

Frank Trumbetti, a senior on the Cherokee Chiefs, looked back on the loss with more praise than sadness, “I thought it was a really close game. Considering that we were missing Coach Glatz. Not that it was an excuse for why we lost.” Some even believed that the game being held on the infamous Friday the 13th had something to do with the loss; however, Trumbetti believes that the game was fair and square, “I don’t think that Friday the 13th had anything to do with it because it was still a really good game.”

No matter what happened, the Chiefs are still hungry for more wins and are ready to continue their revenge tour.