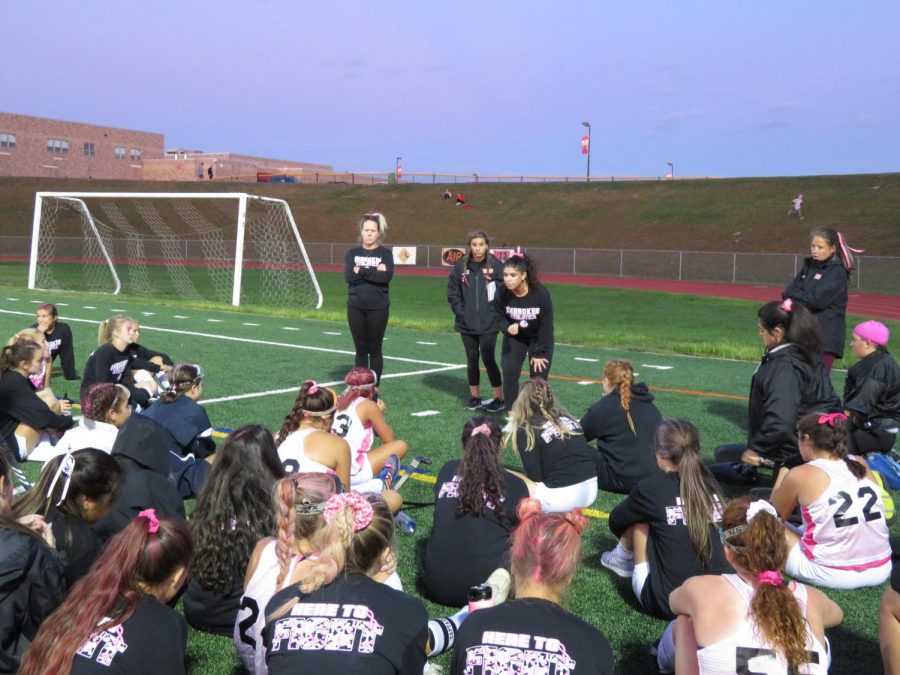 As the field hockey season comes to a close, it is time to reflect on the season and the characters of its players. Since pre-season in August, the Lady Chiefs have shown continuous hard work and determination. Although there were a myriad of obstacles along the way for the program, the players managed to get back up on their feet each time and continued to fight.

On October 7, 2019, Cherokee’s field hockey team fought hard. It was Senior Night and for many of the girls, one of the last times that they would be playing on the Cherokee Turf.

Senior Night, which was against Seneca, ended in a Cherokee loss of 2-1 during overtime. The team’s coach, Coach Bell, agrees that this was a tough loss, but she was anything but disappointed in her predominantly young team (7 of 11 players are sophomores). She believed they deserved to claim victory but, in the end, was more proud of how hard the girls had fought. A win is always nice, but a team that loves what they do means so much more.

The Cherokee Chiefs ended their season on October 23, 2019. Playing against Eastern Regional High School, the Chiefs lost by a score of 5-2. This win marks the best score Cherokee has ever gotten against the second highest ranking team in the nation since 2005. Although it ended in an unfortunate loss for Cherokee, it showed crucial improvement from their last challenge against the Vikings. The Lady Chiefs’ motto is that they are the “Hardest Working Team.” Coach Bell says that this motto is not going away any time soon, “If you work hard, you’re hard to beat.”