New Jersey Keeps Pushing the Minimum to a Maximum 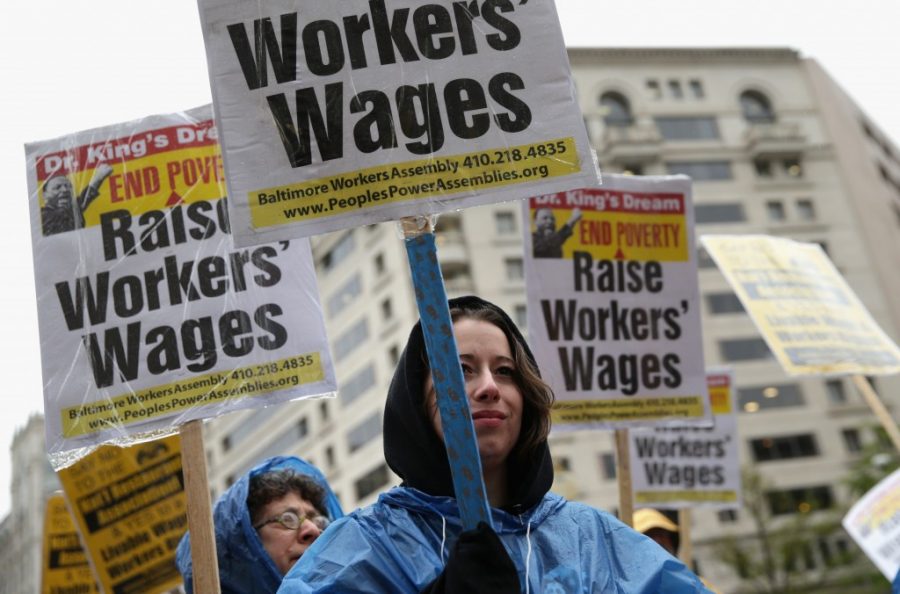 Protesting for an increase in wages

The State of New Jersey has planned to increase its minimum wage. A true roller coaster ride, the amount has now increased from $8.85 an hour to $10 an hour and will continue this pattern of systemic increase until 2024, where it will stop at $15 an hour.

Some of the public approve of this change while others are not too happy. Employers and workers who receive payment above the minimum wage are not happy as higher wages will force employers to make tough decisions when it comes to hiring and firing employees.

Minimum wage workers, on the other hand, are thrilled. A pay increase as significant as this one allows for a steadier income and more money in their pockets. However, since about half of all minimum wage workers are young adults, some are wondering whether this change will affect a teen’s ability to get a job.

The answer is undetermined. Companies such as fast food restaurants and clothing stores that typically hire a lot of teenage personnel might be forced to hire more experienced workers and pay them above minimum wage, rather than take on a larger number of teen workers. On the other side, if teens do get hired they will be paid a significantly higher wage for all of their labor. Whether in favor or against the change, one thing is clear: people are going to be a lot happier when they receive their paychecks.