“You” Will Be Captivated by this Netflix Series 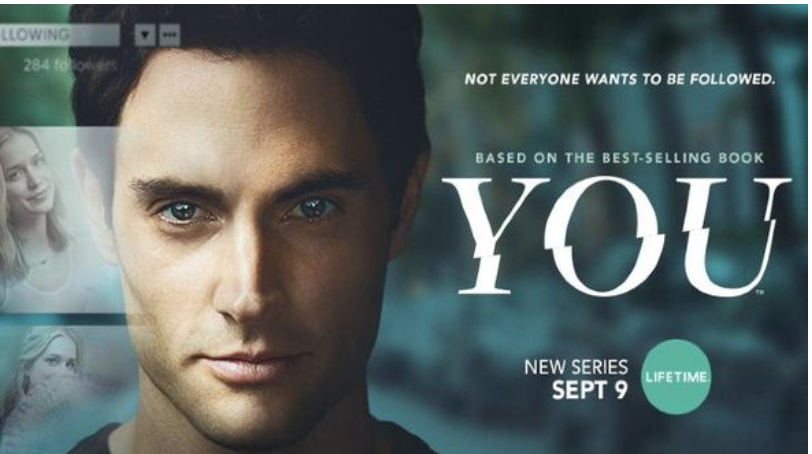 “You”, a television series just released on Netflix is about a bookstore owner and stalker, Joe Goldberg who falls in love with a customer and pursuing writer, Guinevere Beck. A quick internet search on Beck leads him to fall in love and become infatuated with her. Joe tries everything he can to try to win her heart and keep her to himself. Joe becomes obsessed with Beck and gets rid of any barriers preventing her from loving him. He finds out that he isn’t the only one with secrets and that they are very similar. This television show is based off  the book “You” written by Caroline Kepnes.

Besides the interesting storyline, “You” had various familiar actors and actresses that made appearances in the show. One of the main characters, Joe Goldberg, was portrayed by Penn Badgley. He is well known for his role as Dan Humphrey in CW’s “Gossip Girl.” Elizabeth Lail who played Guinevere Beck is known for playing Anna in “Once Upon a Time.” Beck’s best friend Peach Salinger was portrayed by Shay Mitchell. Shay is known for starring as Emily Fields in Freeform’s television series “Pretty Little Liars.” Even John Stamos makes a recurring appearance as the therapist, Dr. Nicky. These familiar faces are part of what made this show great.

“You” is a great thriller that goes over the idea of a stalker and obsession. This ten episode television show displays the importance of safety and security. Joe was able to find all of Beck’s information and social medias by searching it up and looking through her credit card information. This shows how easy it can be for a person to find someone else’s private information. One interesting thing about this show is how the main character isn’t necessarily the “hero” and can be viewed as the “villian.” “You” is a captivating show that focuses on a type of love that isn’t healthy. This is an amazing show for someone who likes a bit of both mystery and romance.