A Night of Honor at Cherokee’s Language Honor Society Induction 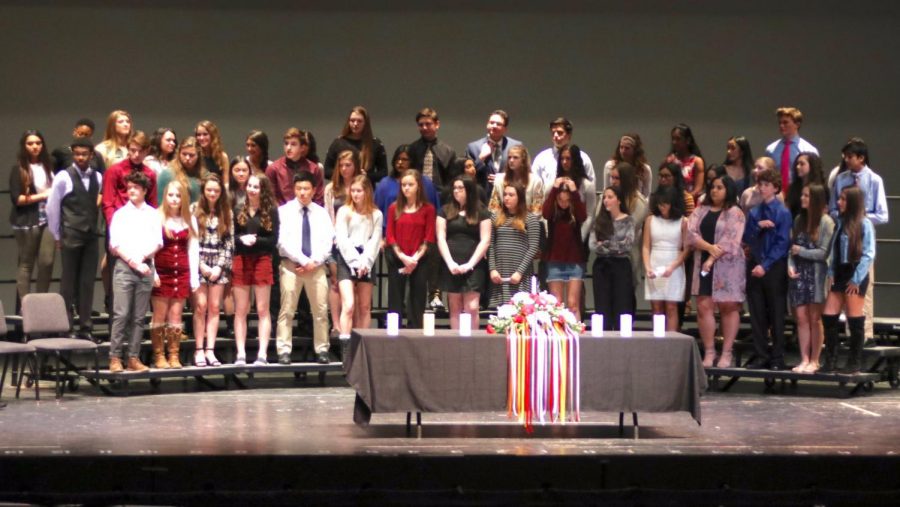 The annual World Languages Honor Society Induction took place on March 14, 2019, in Cherokee’s Performing Arts Center. Students from languages such as Spanish, Latin, Russian, Italian, French, and German were inducted into their language’s national honor society chapter and relinquished in the great honor that they have worked so hard to accomplish.

No matter what people say, getting inducted is not so easy. A student must choose a language that they are prepared to heavily commit to as they must remain in the class for at least two years. Besides from just showing up to class, the student has to hold high academic standing for the duration of their course enrollment while also displaying a high moral character. Despite the large workload and great commitment, the induction is worth the work as it is a great honor that many give up on receiving. The inducted students all displayed Cherokee’s AIR philosophy and a huge congratulations is sent their way. Great job, Chiefs.