The Truth About Spider-Man: Into the Spider-Verse 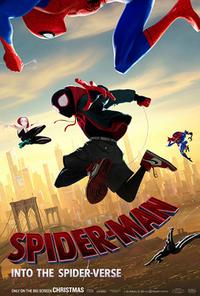 Ever since the release of Spider-Man: Into the Spider-Verse on December 14, 2018, the public has made it a point to go see one of the best movies of the year. The movie follows a teenager named Miles Morales who, after getting bit by a radioactive spider, becomes the Spider-Man of his dimension. The film then takes an innovative turn and includes five other Spider-counterparts from other dimensions who team up with Miles in an attempt to save multiple universes. The counterparts include Peter Parker, Gwen Stacy, Peni Parker, Spider-Man Noir, and my personal favorite, Spider-Ham. With unique animations, stylistic devices, and story line, the film is able to easily engage the audience, providing for an impactful experience.

The film has also been highly praised for its diversity, as Miles is half Puerto Rican and half African American. In addition, the film is effectively able to combine mundane teenage struggles with fantastical elements, forming an authentic and satisfying experience for those watching. Being one of my favorite movies of the year, I would highly recommend it to others. This movie is unlike any other that Marvel has done and has even been nominated for an Oscar in the category of best animated feature. Featuring a focus on familial relationships, diversity, and humor, I would not be surprised if this movie takes the Academy award after all.