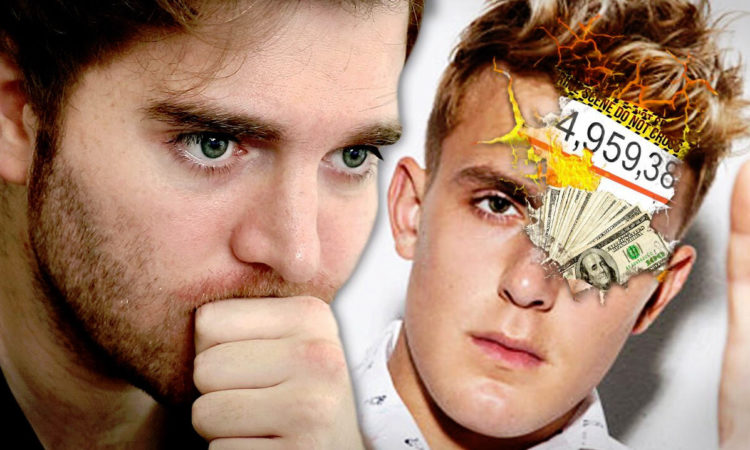 Shane Dawson’s newest YouTube series came out on September 25 covering one of the  internet’s most despised YouTubers, Jake Paul. This caused a lot of controversy in the internet realm. Many fans of Shane didn’t want him giving Jake more of a platform by making the series. On the other hand, Jake Paulers didn’t want Shane to draw more hate to Jake. Shane’s series focuses on sociopaths and the question of whether or not Jake Paul fits into the category. Everything we have been wondering has finally been answered; drama, secrets, and the truth finally unfolds.

Is Jake Paul a sociopath? He has done multiple things that a “normal” person wouldn’t do. This has made many people, Shane included, wonder if he could be a sociopath. In part one of the series “The Mind of Jake Paul”, it is revealed that Shane will be talking with Jake’s family, current friends, Team 10 members, and people with whom Jake no longer has a stable relationship. Jake doesn’t make an appearance until the fifth part of the series. Even though this series was captivating and entertaining, it did seem slightly stretched out.

Aside from prolonging the series, Shane did an exceptional job in making his viewers interested. The Martinez twins, who left Team 10 due to Jake Paul’s intense bullying, had resurfaced on the internet a little while ago. Shane asked Jake if this conspiracy of bullying was true or if the twins had done this just for views and fame. This is where Jake revealed that most of his pranks were fake and planned. He would tell the person who he was pranking exactly what he was going to do, and he would ask for their consent. Jake continued to say that he felt hurt when the Martinez twins announced that he bullied them, since it wasn’t true. Jake had seen them as brothers, which is why it affected him deeply.

Shane made the eight part series even more intriguing by talking to Jake’s ex-girlfriend, Alissa Violet. Alissa had declared that Jake kicked her out of the Team 10 house because she “cheated” on him, and that he also dragged her down the stairs. After Shane talked to her a year later, she claimed that she may have exaggerated since she was angry at the time. She also acknowledged that she and Jake were never really dating and the “relationship” was for views. Jake admits that he regrets what he did to her, and would have done things differently if he could go back into the past. This series made people view Jake Paul in a whole new light. No one had thought that he had a loving and caring side to him, but this documentary captures it perfectly.

Overall, this series is very entertaining and intense. This series isn’t recommended for young children due to explicit topics, but it’s perfect for high school students to watch in their free time. I was on the edge of my seat throughout the series and there was no dull moment. If you’re ready to be intrigued and looking for something new to watch on YouTube, I recommend you sit down, relax, and prepare for all the tea to be spilled.