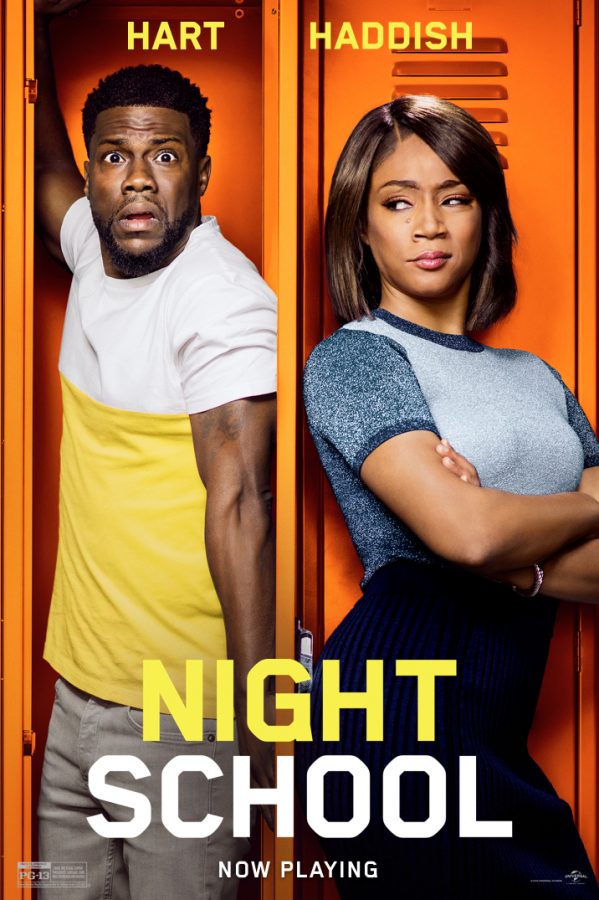 The entertaining comedy “Night School,” starring Kevin Hart and Tiffany Haddish came out on Sep. 28, 2018 and has been since sweeping theaters. The movie centers around the story of a self-made high school dropout, Teddy Walker (Kevin Hart). Teddy thinks he has it all figured out; a successful sales job, a beautiful fiancee, and a life survived by street smarts. That is, until Teddy blows up his place of employment and is forced to go back to school and get his GED if he wants another job. When he enters the walls of his old high school, Teddy assumes that everything will be easy. Unfortunately for him, things take a turn for the worst as he tries to navigate all the new curveballs: his old nemesis turned principal, a feisty teacher who doesn’t sugar coat, and a class full of misfits just like him, working for a second chance.

“Night School” was a funny comedy about life’s hardships, unlikely friendships, and the different ways that we all learn. I found it enjoyable, but somewhat one-sided. The jokes were hardly “laugh-out-loud” hilarious, and as I watched more and more, I found myself yawning from the cliche aspect of it all. The classics of comedy, the old tropes that we know all too well- they were all present in this film: the so-called hilarity of violence, insults, and bathroom and sex humor. I was looking for something a little more original and this film did not deliver.

The movie was, however, unexpected. Plot twists followed me around every corner, whether they were pleasant or not. Certain moments of the movie were even heartwarming. Without giving any spoilers, this movie did include some romantic moments and moments of true friendship. It was nothing to write home about, but it was something worth acknowledging nonetheless.

All in all, I would recommend this movie for someone looking for a light, fun comedy–for someone who likes the old classics of comedy and will laugh at them instead of rolling their eyes. However, if someone were looking for a movie with depth, for something more emotional, detailed, or diverse, I would advise them to scroll past “Night School” in the search bar and choose something a little bit more memorable.