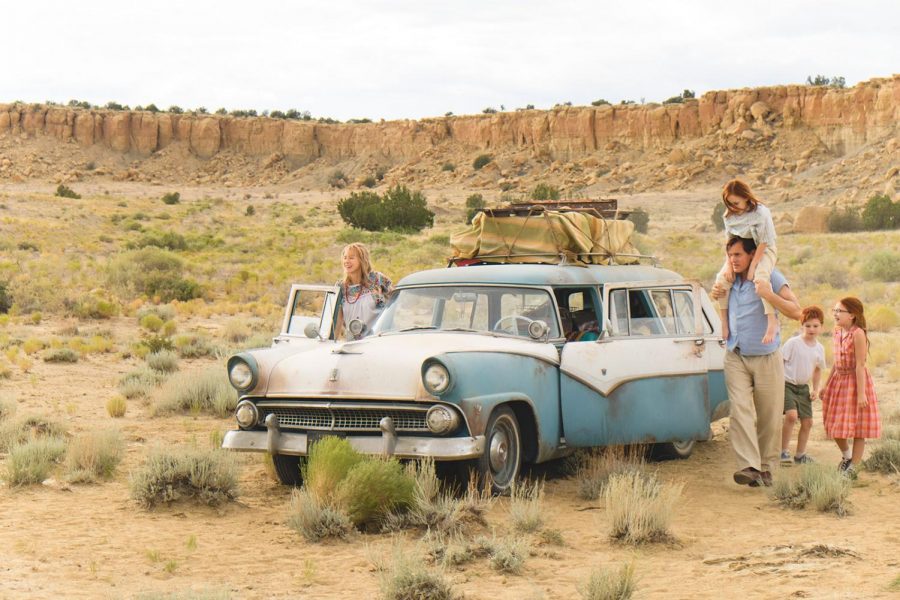 Many students at Cherokee High School read the novel “The Glass Castle” in their Sophomore year English classes. Last summer, on Aug. 11, 2017, the movie adaptation for the book was released with a PG-13 rating. Despite numerous people enjoying the novel when it was read in classes, Rotten Tomatoes gave the movie a 49% rating. The intensity from the book is lost in key scenes in the movie, thus killing the Rotten Tomatoes score. Those differences hurt the movie overall and made it not as enjoyable as the book.

“The Glass Castle” is the memoir of Jeanette Walls, who lived a nomadic lifestyle with her parents, Rex and Rose Mary. Rose Mary and Rex cared more about living how they wanted than making sure their four kids, Jeanette, Brian, Lori and Maureen, were cared for. “The Glass Castle” goes through all the major events in Jeanette’s life, how she was able to rise above her circumstances and become a successful writer.

As with any book to movie adaptation, there were some major differences. Any story that hits the big screen is going to be altered, but this movie turned down some of the most intense scenes in the book, such as when the kids are traveling in the back of a moving truck. The Walls family is moving once again, and they are using a moving truck to carry their belongings. The parents, Rex and Mary, sit in the front while the four kids are stuck sitting in the back of the truck with the furniture. In the movie, they are put in the back of the truck and everything is fine. They get where they need to go without incident. In the book, the back of the truck opens when they are in it and all four kids almost fly out. They manage to close the door and all stay in the truck, but there was a very possible chance that they all could have fallen out of the truck without their parents knowing. Another example is their house in Welch. In the movie, the house they live in is horrible, but the family pulls together and makes the house fairly livable. In the book, the house has no redeeming qualities whatsoever. It doesn’t have power or running water or heat. In one scene in the book, Jeanette wakes up to a man standing over her with the intent to molest her. Thankfully he is scared off before he can do anything, but it shows how run down and unlivable the house in Welch is. Both of these events were changed in the movie, which made it less intense.  The intensity is what gives the book the punch that makes it enjoyable and relatable. Without that intensity, the movie falls flat and becomes much more difficult to relate to. These changes also make the movie less accurate to the real story and give it more of a fairy tale ending that didn’t happen to Jeanette originally in the book.

Overall, this was not a good adaptation from book to film because the plot points were changed, making the memoir much less intense and impactful compared to the book. The movie does not have the same punch as the book, which is tragic due to how many people enjoyed the book. I would give this movie a 3 out of 5. It is not a horrible adaptation, but that removal of that intensity kills the impact the book has that makes it a memorable story. The movie will not remembered as well as the book; rather it will just become another one of those disappointing book to movie adaptations.