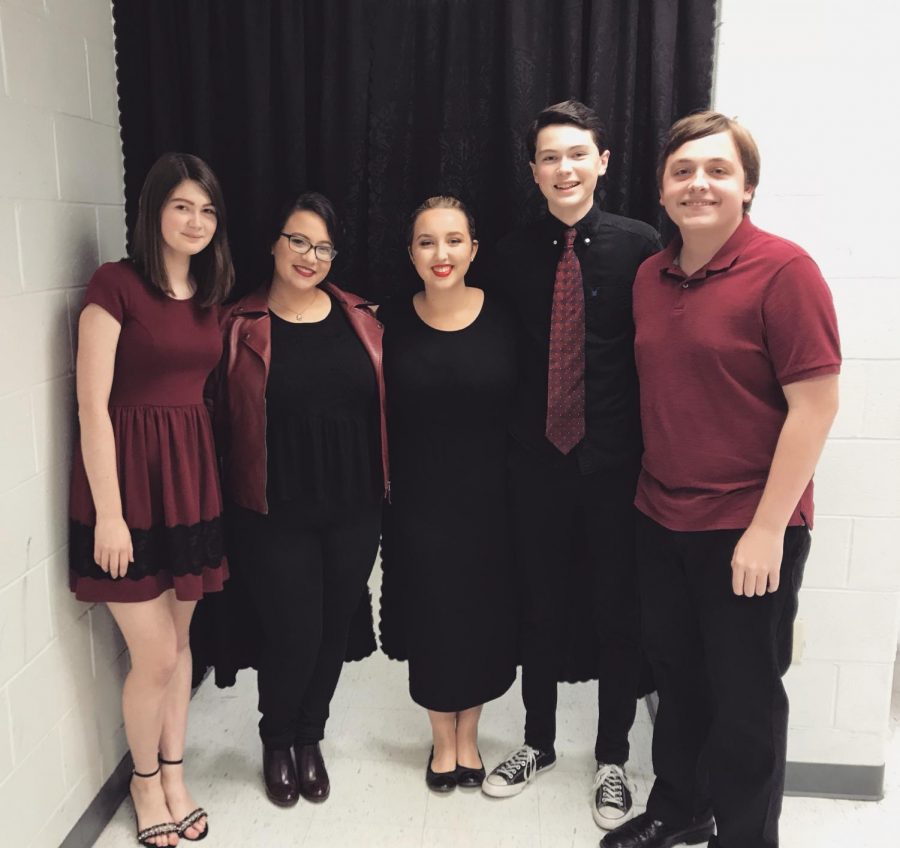 On October 26, Seniors and Parents celebrated together at the annual Senior Pinning ceremony. The event had some great aspects, but one of the most stand out moments of the night was when a group of five Cherokee students made their debut as the musical group B Flat.

Juniors Sophia Fortuna, Ryan Fanelli, Abi Sanie, Laura Duffy, and freshman Aren Duffy sang “Seasons of Love”. The song was arranged by Fortuna herself. Their passionate solos and Laura’s high note astonished the crowd and had them clapping along. “Boy can those young’ns sing,” said fellow singer senior Jared Selkow.

You can catch B Flat at their next performance in Cherokee’s Talent Show November 8 at 7 pm in the PAC. You won’t want to miss it.